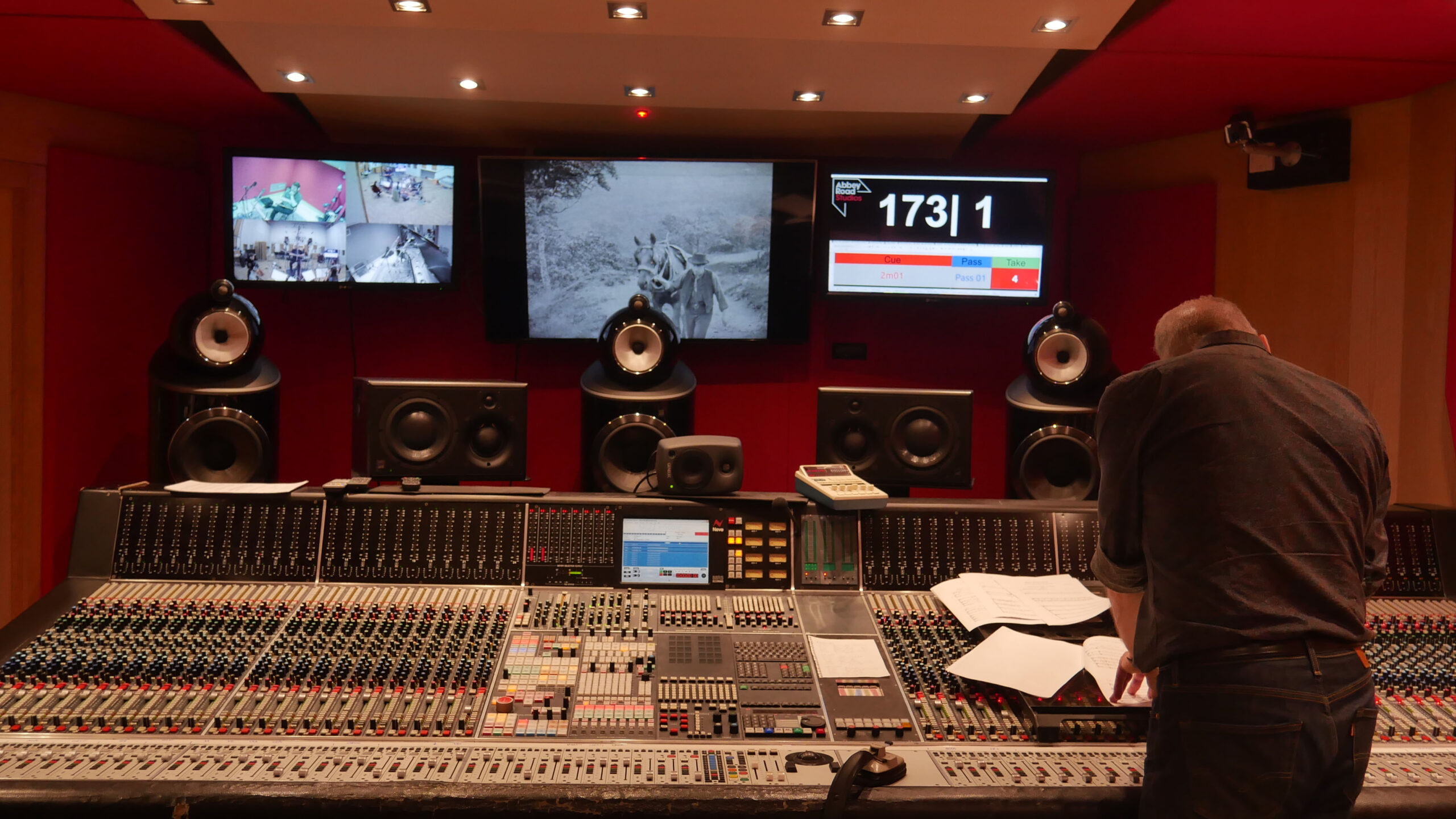 It was all change at Abbey Road Studios, with YSJ Music Production students moving away from the previous two days of recording progressive rock to the other end of the spectrum. Today’s task was to record the score for a forthcoming silent film. With this, it was out with the electric guitars, drums, and keyboards, and in with a much more streamlined line-up. Consisting of a string quartet, a grand piano, and an oboe. Despite this, it was no less an intensive day for the 3rd year and master’s students. 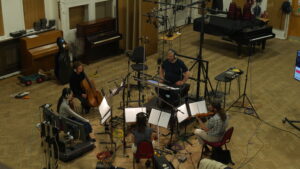 As with the previous days, they worked alongside Abbey Road engineers and assistants in getting the session ready for the players. Microphones were chosen and placed where required, with Abbey Road staff always on hand to give them advice on the how’s and whys of setting up for such a recording session. As with every session York St John undertakes at the world-famous studio, it is not a case of the students merely observing things, they were playing an active and important role in making sure the session runs smoothly.

Masters student Alex Dye, on his second day at the studio, commented on the difference between the two setups. As well as the difference in setups for the recording of the music, he also notes that “the lights are completely different down there, because yesterday was also all about filming, so they tried to make an atmosphere with the filming” before going on to say, “whereas today everything is set up so that everybody has a line of sight, particularly with the conductor”. This highlights the complexities of the running of the studio and the fact that no two sessions are ever the same. Each day at Abbey Road gives its own set of challenges for the students to use their skills and knowledge to overcome. 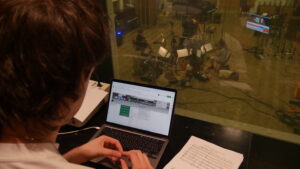 This demonstrates the versatility of the students at York St John, being able to adapt to the varied roles within the recording studio. Whether it’s running the Pro Tools session on the studio computer or manning the Neve 88RS desk alongside Chief Engineer Paul Pritchard, they have managed to demonstrate they have the ability to work efficiently wherever they are needed in such a high-profile setting. 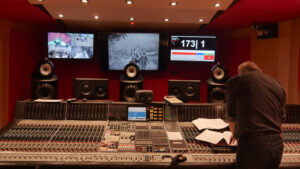 As third-year student Tom Raistrick comments “Recording in Abbey Road is really different from recording in any other studio, because there’s almost an expectation of heritage here, you’re aware of who’s been here before.” Also stating that “you are going to play differently knowing you’re in Abbey Road” and “some songs are done very quickly, they do three takes, it’s done”, which illustrates the effect being at the studio has not only on the engineers and staff but also the musicians who play there. 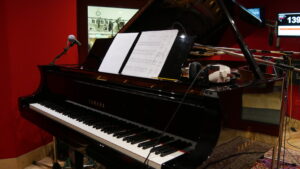 However, the students that have had the Abbey Road experience so far in 2022, have all shown that they are more than capable of fitting into the team at this world-renowned recording studio. 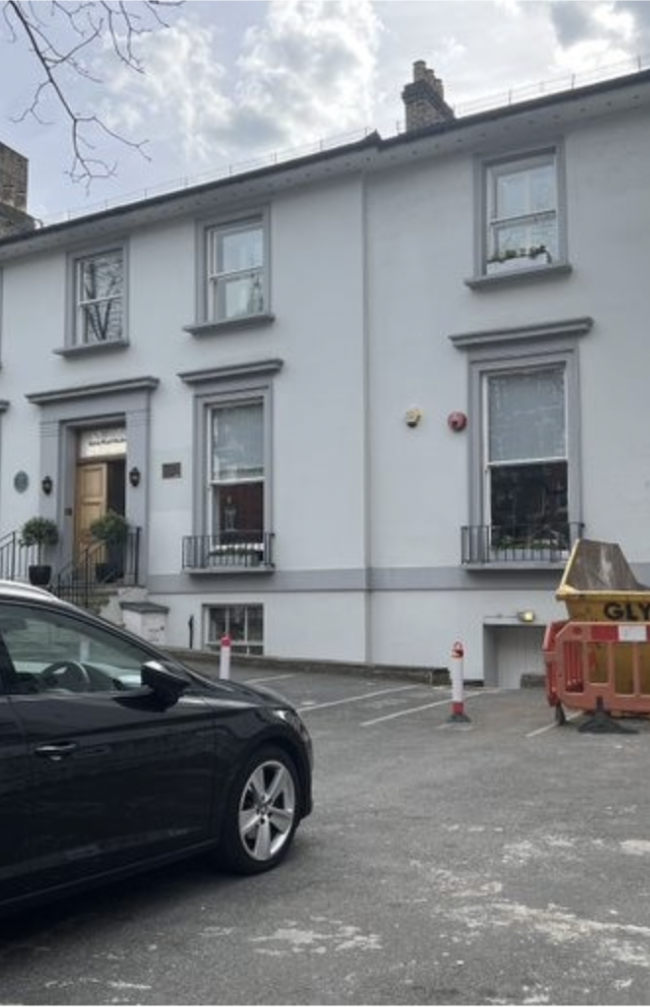 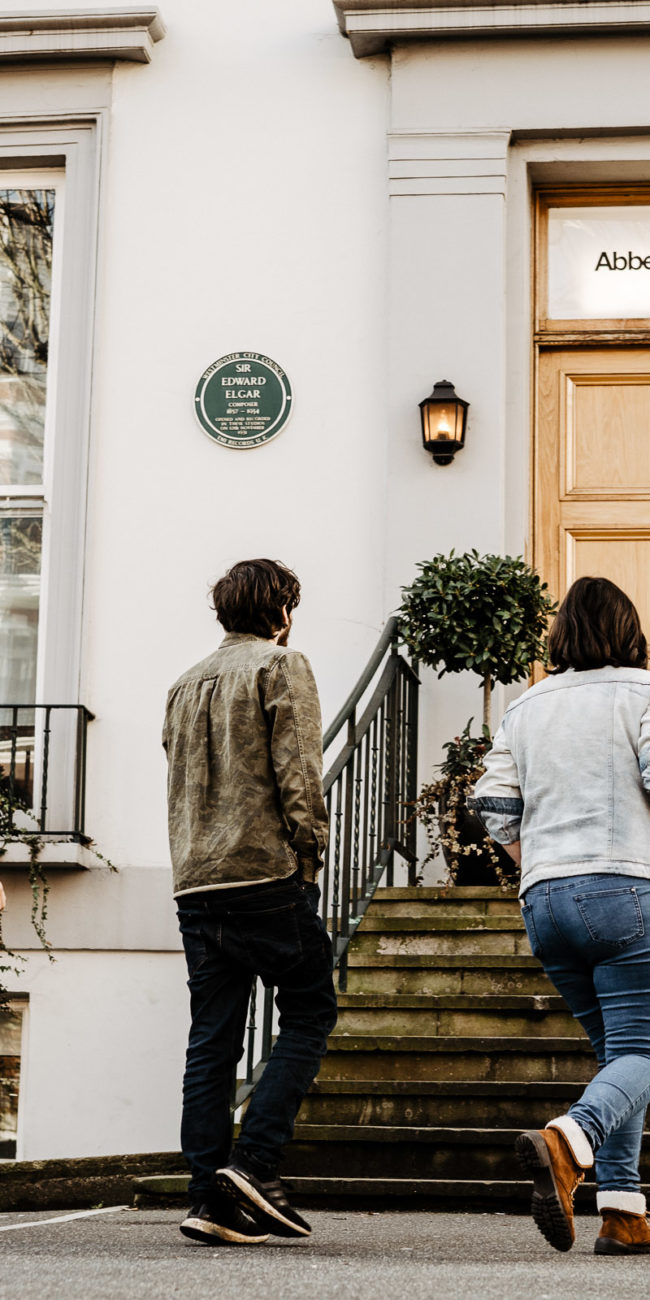